A new type of bike light is currently on Kickstarter that is looking to make the jump from concept to production. However this bike light requires no batteries of any kind. Instead it is powered by a magnetic dynamo, that generates energy as the wheel on the bike revolves.

The innovative Magnic light will work on all standard wheels and it works with all bicycle types, except wheels that are fully constructed using carbon. Watch the video after the jump to see the Magnic light in action. 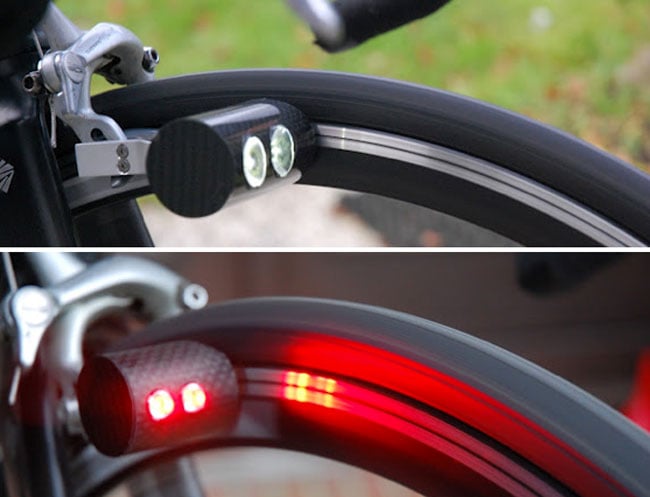 No extra devices need to be attached to the wheel itself, and with the Magnic light there is also no limit on the size of wheels on your bike. So you can use the same system for small children bikes as well as for road, racing, MTBs, and ATBs bikes. Dirk Strothmann the inventor of the Magnic Light explains how he came up with the idea.

“The idea for Magnic Light was born on June 18th 2011. After a nice pasta party at home in preparation for a local 6 miles night race the next day (Die Nacht von Borgholzhausen) my brother, who is the associated electronics expert in our team, made some experiments with eddy current brakes for bicycles.

Talking about the mechanism behind and especially the nice fact that aluminium rims can be used although aluminium is just paramagnetic but not magnetic we got a cool idea: If eddy current brakes work with aluminium wheels the opposite should be no problem either! Shouldn’t it be possible to build a bicycle dynamo that absorbs magnetic energy from the wheels?”

So if you think you could benefit from using a pair of Magnic Lights and saving a little cash on sets of batteries, jump over to the Kickstarter website to make a pledge.