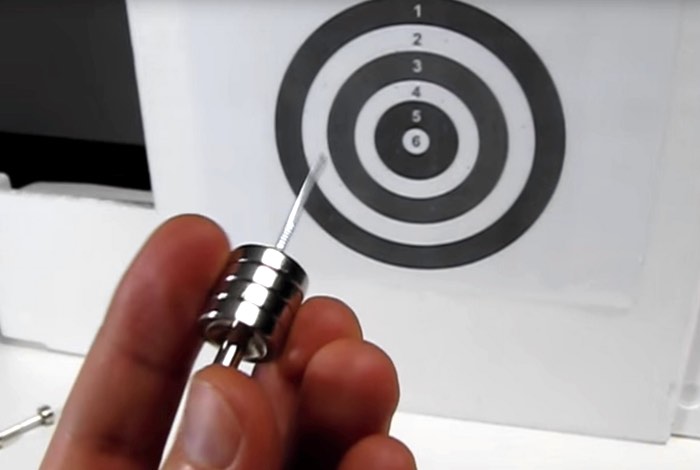 Makers that have a few magnets lying around may be interested in creating their very own magnetic Dart launcher which uses the power of magnetism to fire darts into a target.

Watch the video below to learn more about how a few magnets can be used to propel darts at a surprisingly fast-pace into a dartboard, using a magnetic effect which was discovered by chance by the team over at Magnetic Games.

WOW, I discovered this magnetic effect almost by chance by testing for another experiment. it is amazing how fast the arrow is shot from the magnets with hole. To obtain the weapon effect, the arrow and the launcher must have the same polarity. If the polarities are opposite you still get a nice effect like a tractor beam.