If you have old negatives and films from the analog camera era which you would like to convert to digital images, you might be interested in an awesome new technology that bridges the gap between old and new. 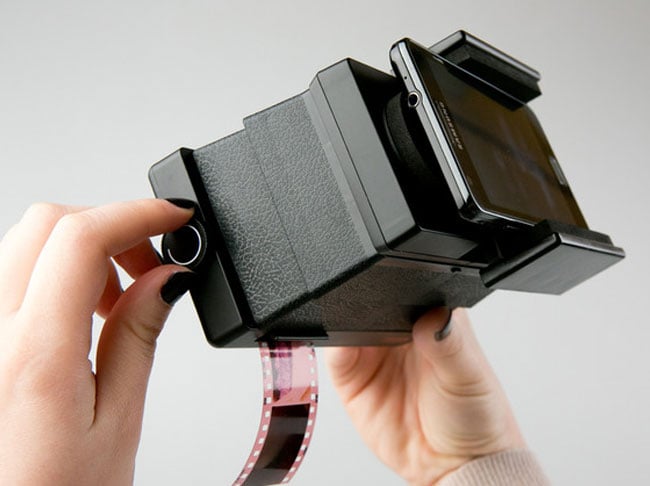 “Simply turn on the Smartphone Film Scanner back-light, insert your film, take a photo of it using your Smartphone and use the included App (iPhone and Android versions available) to edit and share. In an instant, you’ll end up with a digital version of your film which can be archived, emailed, posted on social media sites or printed.”