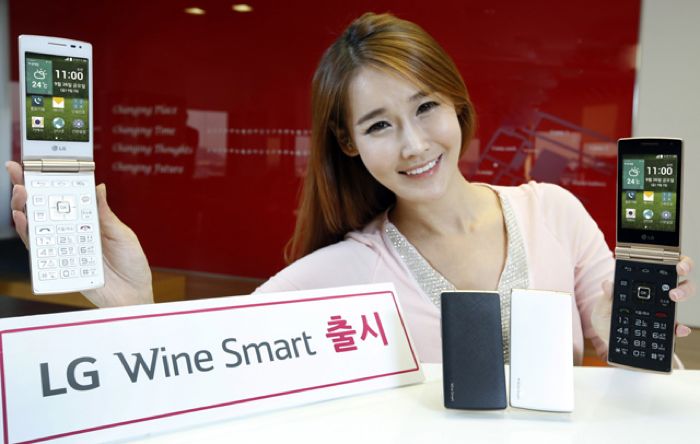 LG has added another handset to their line up, although this one is a little different than your standard smartphone, the device is called the LG Wine Smart, and the handset is a flip phone that runs Android.

The LG Wine Smart comes with a 3.5 inch display that has a resolution of 480 x 320 pixels, the device is powered by a 1.2GHz processor and it also comes with 1GB of RAM.

For storage, the LG Wine Smart features 4GB built in, the handset also comes with  1,700 mAh battery, and it features a numerical keypad and an 8 megapixel camera.

This new Android flip phone from LG comes with the latest version of Google’s mobile OS, Android 4.4 KitKat, the handset is expected to launch on South Korea shortly.

As yet LG has not released any details on pricing for their new LG Wine Smart flip phone, there are also no details on whether the company intends to launch the handset in the US or Europe, as soon as we get some more information, we will let you guys know.