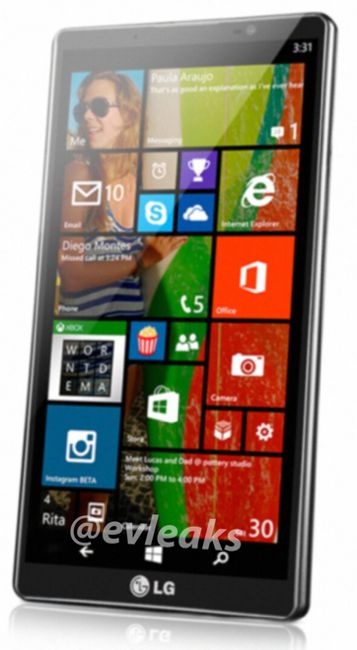 LG has been concentrating on Android smartphone over the last few years, the company is set to announce the new LG G3 later this month, but now it would appear that they also have a new Windows Phone smartphone in the works, the LG Uni8.

The photo above of the new LG Uni8 wasted posted on Twitter by @evleaks, and the post suggests that the handset will be launching before the end of the year.

We knew that LG were working on a new Windows Phone smartphone, this was announced earlier in the year when Microsoft confirmed they were one of their partners for Windows Phone 8.1

As yet we do not have any specifications on this new LG Uni8 Windows Phone 8.1 device, as soon as we get some more details, including full specs, a release date, and some pricing, we will let you guys know.