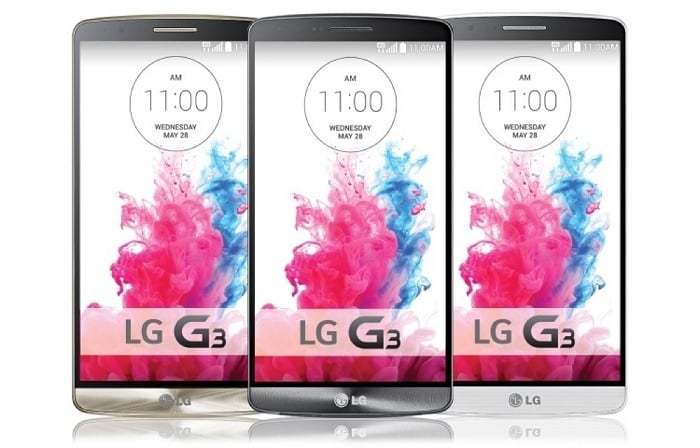 LG G3 is expected to launch later today, but the official LG Dutch website posted everything we need to know about the alleged handset. It seems someone jumped the gun a little early, outing the complete specifications of the device.

Now, the only thing left to know about the alleged LG G3 is its pricing and availability dates for different regions across the globe.

While we already know what it will bring in terms of specifications, we now know more about the software related features of the device as well. Let’s just do a quick recap, the alleged handset is rumored to come with a 5.5-inch display sporting a resolution of 2560 x 1440 pixels, which is even confirmed by one of the images posted below — screenshots taken from the LG Dutch website.

The purported LG G3 will be powered by a Snapdragon 801 SoC with 2GB Of RAM, whereas we have seen rumors hinting at Snapdragon 805 and 3GB of RAM — we’re guessing the latter is correct. The handset will also come with a 13MP camera with advanced OIS and a laser auto focus for sharp images.

Other features include 32GB internal storage with a MicroSD card slot, 2.1MP front-facing camera, a 3,000 mAh battery, a QuickCircle cover support and should come with Android 4.4.2 KitKat as its operating system.

LG’s event will kick off in a few hours, and we’ll update you as soon as the handset is official. It would be interesting to see if LG will launch the G3 in two versions: one with 2GB RAM and Snapdragon 801, while the second one with Snapdragon 805 and 3GB of RAM. In the meantime, check out the screenshots taken from the LG Dutch page — which was taken down.