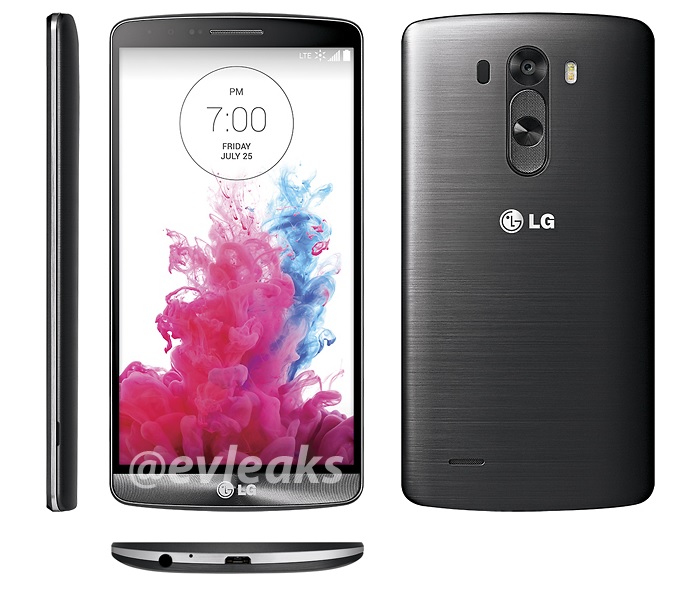 LG G3 is expected to see the light of the day in less than 24 hours from now, but this doesn’t mean the leaks will stop. They will continue until LG officially announces the handset.

Recently, @evleaks posted yet another press render of the LG G3 in titanium gray color, expected to land on Sprint in the US.

The handset is expected to land on all major US carriers once it launches. As far as the rumored specifications are concerned, the alleged handset rocks a 5.5-inch display sporting a resolution of 2560 x 1440 pixels, and is expected to come with a quad-core Snapdragon 801 chipset with 3GB of RAM on board.

LG G3 will also come with 32GB of internal storage with a MicroSD card slot for expansion, as well as a 13MP camera with optical image stabilization plus. Other features include a 2MP front-facing camera, a 3,000 mAh battery, a mysterious laser sensor on the back for improved photography and should come with Android 4.4.2 KitKat as its operating system.

Stay tuned, we’ll update you as soon as it is officially announced by LG.