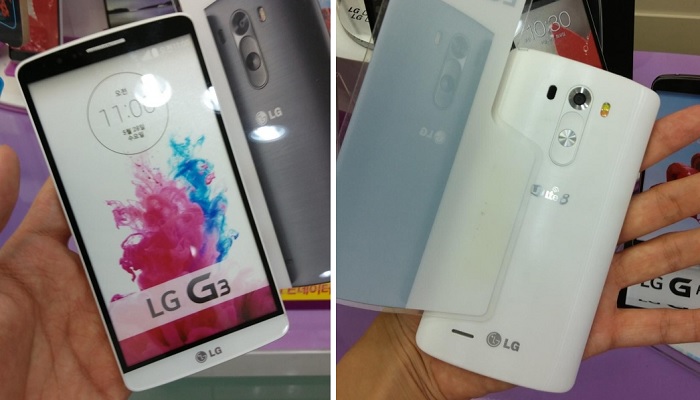 As the launch date of the alleged LG G3 draws closer, we see more and more leaks of the purported handset. Over the weekend, we saw the LG G3 with Verizon branding, hinting at its launch on the Big Red.

Now, a dummy unit of the LG G3 posed for the camera in South Korea, showing the alleged handset in all its glory. It doesn’t turn seem very interesting since we’ve seen the handset being leaked in great detail in the past few days.

As far as the rumored specifications are concerned, the LG G3 is expected to come with a gigantic 5.5-inch display sporting a resolution of 2560 x 1440 pixels, with a quad-core Snapdragon 801 chipset and Adreno 330 GPU under the hood.

The purported handset will also come with 3GB of RAM with 32GB internal storage coupled with a MicroSD card slot. On the rear, you can expect a 13MP shooter for photos and videos with optical image stabilization plus, and a 3,000 mAh battery to make sure there’s enough juice for the handset. As far as the software is concerned, we may get to see Android 4.4 KitKat pre-installed out of the box.

LG has scheduled an event on May 27th, where the company is expected to take the wraps off the alleged handset. Stay tuned, we’ll update you with all the latest happenings from the event.