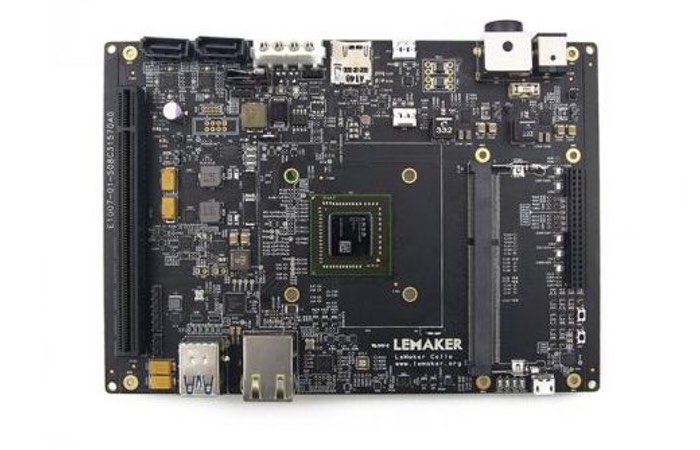 A new development board has been unveiled this week in the form of the LeMaker Cello which is equipped with an Opteron A1120 quad-core ARM Cortex-A57 processor.

The LeMaker Cello is the first low cost development board built around an AMD ARM SoC and will be available during Q2 of this year and priced at around $300.

Features of the new development board which has been predominantly created for developers rather than consumers features a AMD Opteron processor running at 1.7GHz which is supported by 2 x DDR3 SO-DIMM slots.

Other features and reports include 2 x Serial ATA 3.0 ports, 1 x Gigabit Ethernet, 2 x USB 3.0 ports, 1 x PCI Express x16 3.0 slot. The The LeMaker Cello AMD A1120 SoC has a 25 Watt TDP so it will also need active cooling and it should be able to mount in a mini-ITX / micro-ATX chassis, reports the Phoronix website.

Jump over to the links below to learn more about this new development board which will be available in the coming months.