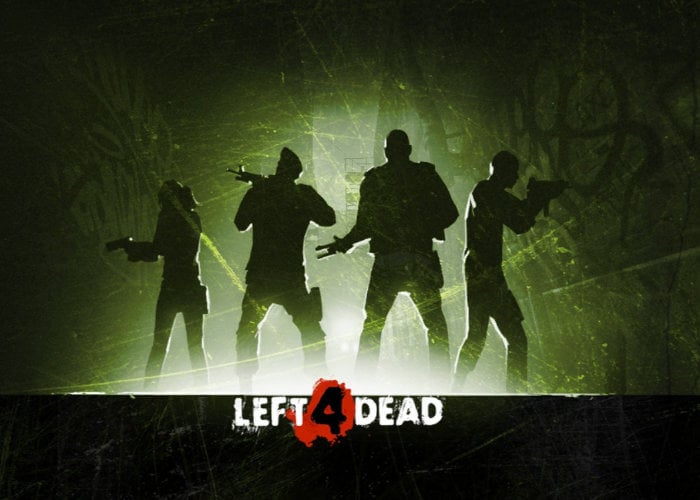 “Left 4 Dead is an asymmetrical cooperative first-person shooter video game, developed by Valve South and published by Valve Corporation. The game uses Valve’s proprietary Source engine, and is available for Microsoft Windows, Xbox 360 and OS X. Development on the game was completed on November 13, 2008, and two versions were released digitally: A downloadable digital version, released on November 17, 2008, and a digital retail disc version, with a release date determined by region. The digital retail disc version was released in North America and Australia on November 18, 2008; and in Europe on November 21, 2008.”

“Pennsylvania suffers an outbreak of “Green Flu”; a highly contagious pathogen causing extreme aggression, mutation to the body cells, and loss of higher brain functions (essentially zombifying those who catch the flu). Two weeks after the first infection four immune survivors—William “Bill” Overbeck (voiced by Jim French), a Green Beret and Vietnam veteran; Zoey (voiced by Jen Taylor), a college student; Louis (voiced by Earl Alexander), a district account manager, and Francis (voiced by Vince Valenzuela), an outlaw biker—make their way through the city of Fairfield, only to discover that the infection is creating more dangerous mutations. After narrowly avoiding these new infected, along with hordes of others, the survivors are alerted to the presence of an evacuation point at the nearby Mercy Hospital roof by a passing helicopter. Fighting their way through the city’s streets, subway and sewers, they are rescued from the hospital’s roof by the pilot, only to discover he is infected. “