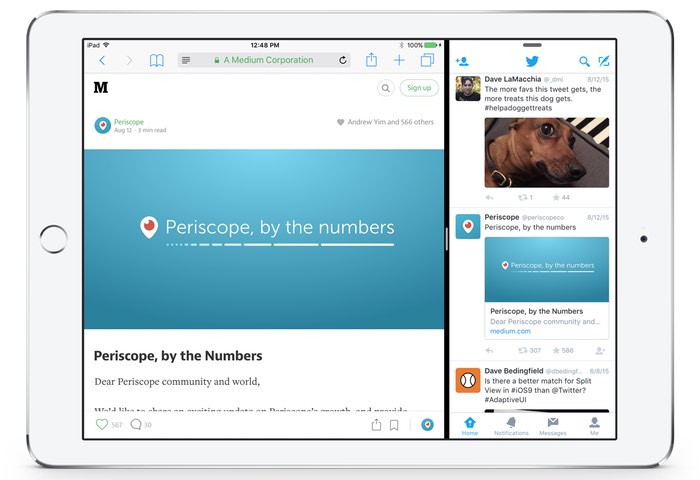 Twitter has this week released a new update to its Twitter iOS application that brings with it a new adaptive user interface. That has been designed to provide a more unified Twitter experience for users across all iOS devices.

The redesign of the Twitter application has offers a fluid design that now allows the interface to adapt to different conditions so users always receive an optimised Twitter experience for any device they may be viewing the Twitter feed on.

The latest Twitter iOS applications also support the new multitasking features that will be shortly arriving when Apple launches their latest iOS nine mobile operating system. Which is expected to be announced later today during Apple’s September 9th press event, together with new iPhone hardware and maybe even a new Apple TV device. Twitter explains a little more about their latest update and new user interface redesign:

Previously, Twitter for iPhone and iPad offered very different experiences. Now, Twitter apps on these devices will be more consistent regardless of which one you’re using. Starting today, iPad users will be able to create and see revamped quote Tweets, explore trending topics in search, visit product and place pages, and more. We’d like to tell you how we made this happen. 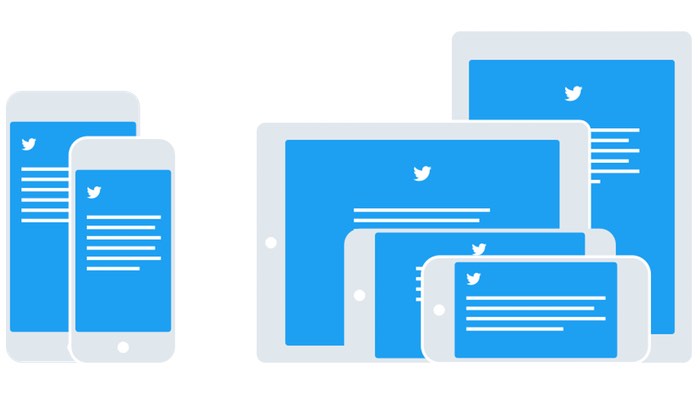 Although they shared some code, Twitter for iPad and Twitter for iPhone were originally developed and designed separately. Each app was tailored to its platform — but required a lot of extra effort to develop. All too often, this meant that Twitter for iPad features lagged behind other updates. To fix this, we had to rethink our approach.

For more information on the latest Twitter redesign for iOS devices jump over to the official Twitter blog via the link below.