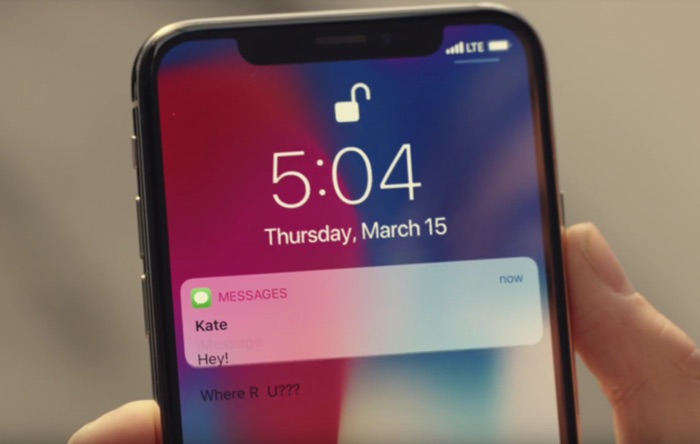 Apple’s iOS 11 does have a number of bugs, it has come under a fair bit of criticism for the amount of bugs that have been present in the OS. Now one of them has appeared in their latest advert for the iPhone X.

The advert which can be seen below shows a text message being received, this can been see at 0.50 seconds in the video and also in the picture above. The text message appears outside of the text bubble at first when the message is received.

This is one of the current bugs in Apple’s iOS 11 and it it is interesting to see it turn up in Apple’s advert for their flagship smartphone, the iPhone X.

We heard previously that Apple plans to focus more on quality with iOS 12, the company is actually delaying some iOS 12 features to next year to ensure that the new OS has a lot less bugs when it launches.

We are expecting to see iOS 12 at Apple’s Worldwide Developer Conference in June, the company is expected to release a developer preview of the OS at the event with the final version expected much later in the year, probably September or October along with the new iPhone X handsets.