Yesterday we saw a home made ping pong playing robot that someone made in their garage, and now the KUKA Robot has taken on ping pong champion Timo Boll.

The video below shows Timo Boll go head to head with the KUKA Robot, which one of the two do you guys think will end up winning. 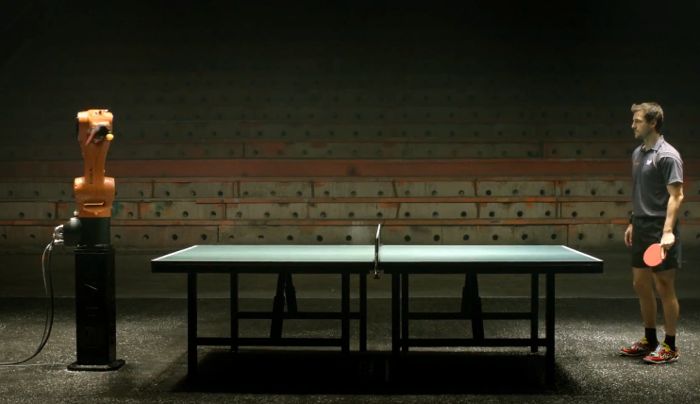 The unbelievably fast KUKA robot faces off against one of the best table tennis players of all time. Who has the best technique? Who will win the first ever table tennis duel of human versus robot?
Watch this thrilling preview of table tennis and robotics performed at the highest level. The KUKA KR AGILUS demonstrates its skills with the table tennis racket – a realistic vision of what robots can be capable of in the future.

As the guys over at the Verge point out, the match between the KUKA Robot and Timo Boll looks like it may have been rigged, so the video is nothing more than a glorified commercial for the KUKA Robot.