Whole Foods has commissioned a very cool and high-tech shopping cart that could soon prowl the aisles of the store. The card uses a Microsoft Kinect for Windows sensor mounted near where you would place your hands to push the cart. That sensor would be able to recognize a shopper’s loyalty card and follow them around the store with no input from the shopper. 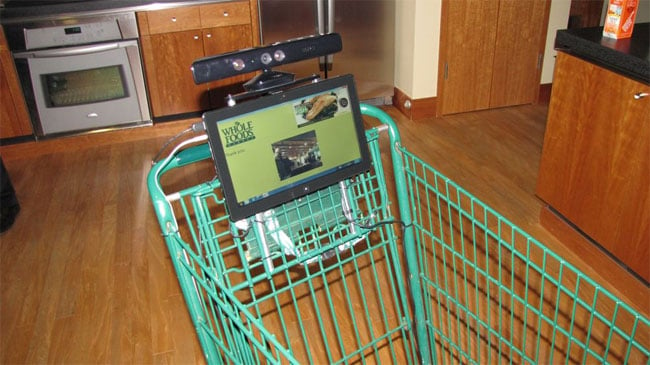 The sensor would watch the person and follow them rather than having to push a heavy cart around. The sensor appears to be attached to Windows-based tablet and together the sensor and the tablet are able to check things off your shopping list as you drop them into the cart. The cart can also keep track of the total cost of the items in your cart.

The coolest thing though is that the cart can also check you out once you’re done shopping. That means you won’t have to stand in line behind hoards of people waiting to pay. The prototype cart was shown off by Microsoft this week and was developed by company called Chaotic Moon. The prototype cart apparently had a few issues, but is said to be a very early design.