The Jenga for iOS devices was even developed with the help of the original creator of Jenga, Leslie Scott, and it uses real time 3D physics simulation to create the same behaviour as the physical game has. 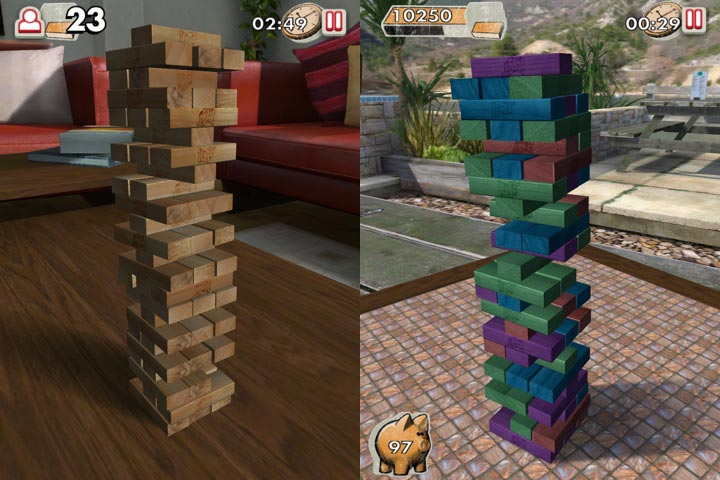 Anyone who’s played Jenga knows how delicate your touch needs to be. The iPad’s super-accurate touch screen gives you the control you’ll need to go for world record heights (incidentally… the record is 40 2/3 layers!). Blocks can be teased out using a mix of gentle tapping and drag controls. It’s easy to begin with, but you’ll soon find it tough when the pressure is on and the tower is wobbling!