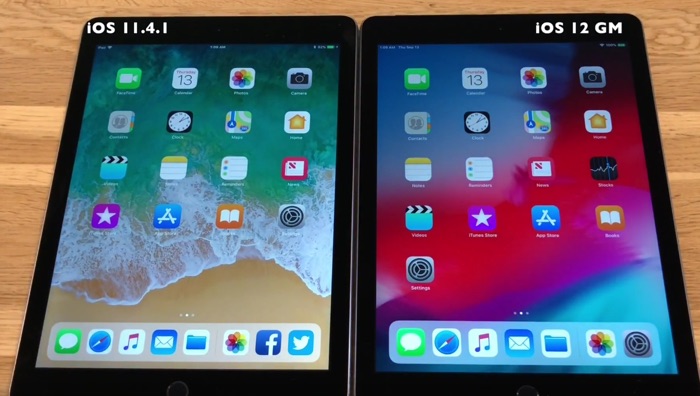 We have already seen a number of videos of the new iOS 12 running on the iPhone next to the current iOS 11.4.1 software. Apple will be releasing their iOS 12 software update later today, it will bring a range of new features to Apple devices.

With the iPad Air 2 the device running the new iOS 12 software booted up slightly faster than the iPad Air 2 running iOS 11.4.1. There also appears to be some minor speed improvements in some apps.

Overall from the videos we have seen it looks like Apple has delievered on their promise to bring speed and performance improvements to older devices with iOS 12. The software will be released for the iPhone and iPad some time later today.