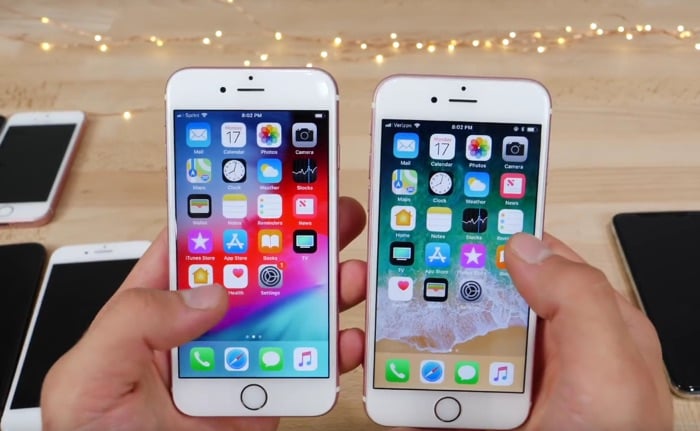 We have already seen some speed test videos using Apple’s new iOS 12 software and now we have another one which tests iOS 12 vs iOS 11.4.1.

In the video from Everything Apple Pro we get to see both versions of Apple’s iOS run side by side on a number of Apple’s older iOS devices. One of the main focuses of iOS 12 is to bring speed an performance improvements to older devices.

As we can see from the iOS 12 vs iOS 11.4.1 video the new iOS 12 software brings a range of speed improvements including boot up times and more. The software also brings a wide range of new features to the iPhone and iPad.

The new iOS 12 software update is now available to download, you can install it on your device by going to Settings > General > Software update.