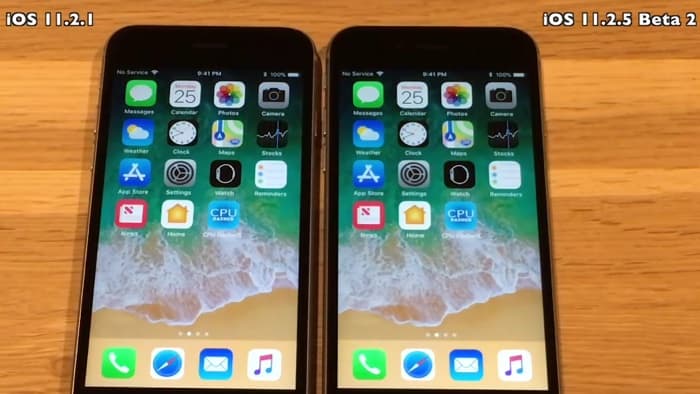 As we can see from the video the iPhone 6S running the new iOS 11.2.5 beta boots up faster than the handset running the current version of Apple’s iOS. The new beta appears to be slightly faster with some of the apps.

As this is only the second beta of iOS 11.2.5 we will have to wait a little while for Apple to release the software to everyone. We suspect it will be released some time before the end of January. As soon as we get some more details on when the update is coming, we will let you guys know.