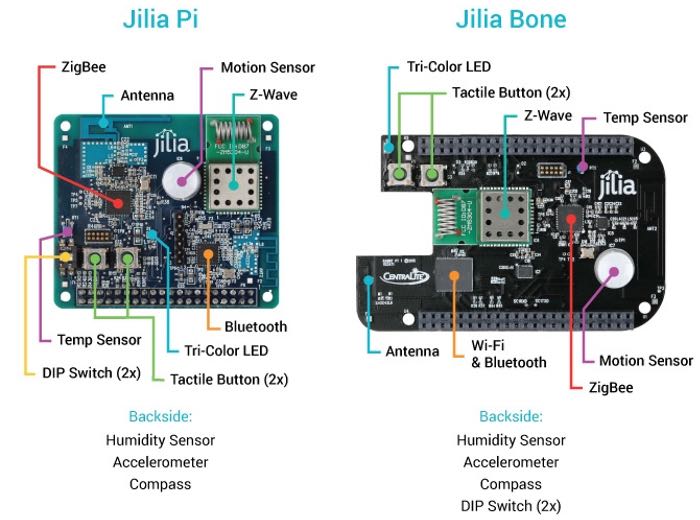 CentraLite Systems has created a new Internet Of Things development kit called Jilia that takes the form of add-on boards for both the Raspberry Pi and BeagleBone Black single board mini PCs.

The Jilia boards Make it easy to add ZigBee, Z-Wave, Bluetooth, and WiFi (BBB) radios support to your project and is a cloud-based platform and toolkit.

Watch the video below to learn more about Jilia which has been created to expand the Internet of Things platform using a single, simple API framework. CentraLite Systems explain a little more about the inspiration and features of their new IoT add-ons boards.

The add-on boards allow developers to build new IoT systems utilizing the new Jilia API. Jilia is a feature-rich, easy-to-use, and scalable dream-come-true for developers who create products and services for the Internet of Things.

Jilia is a cloud-based platform and toolkit that empowers developers to imagine, build, and expand the Internet of Things with a single, simple API framework. It’s the easiest way to get started exploring and developing the Internet of Things. It’s also the perfect platform to build new IoT products and Jilia has the scalability to support millions of users and devices.

Jilia is currently a Kickstarter campaign and is looking to raise $50,000 to help take the concept to market. So if you think the new Internet Of Things development kit is something your projects could benefit from, make a pledge from just $35.