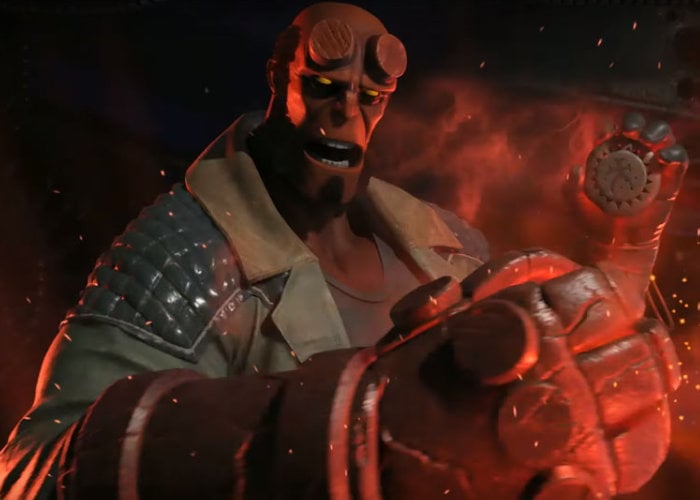 A new character will be joining the ranks of the already available team within Injustice 2 on November 14th, 2017 in the form of Hellboy who joins the roster of Injustice 2 for players who have Early Access. As a member of the Bureau for Paranormal Research and Defense, Hellboy has defended the world from fiends, witches, demons, and more than a few Lovecraftian Gods. Hellboy joins the game complete with his trusty revolver and his Right Hand of Doom, Hellboy has made monster disposal his specialty. Check out the introduction video below to learn more about what you can expect from the new addition to Injustice 2.

Injustice 2 launched earlier this year during May 2017 and is available on the PlayStation 4, Xbox One, PC, android and iOS platforms and has been created by developer NetherRealm Studios and published by Warner Bros. Entertainment.

Injustice 2 is a fighting video game developed by NetherRealm Studios and published by Warner Bros. Interactive Entertainment. It is the sequel to 2013’s Injustice: Gods Among Us. The core gameplay remains similar to its predecessor, albeit with minor adjustments to returning game mechanics. Injustice 2 introduces a new feature called the Gear System, a loot-dropping system that rewards players with costume pieces and equipment that can be used to customize characters’ appearances and modify their abilities and stats.

According to developers, the idea for implementing an RPG-style progression system into a fighting game had existed since before the fall of Midway Games, the original publisher for the Mortal Kombat series. Director Ed Boon also sought to incorporate gameplay mechanics used by multiplayer shooter games, such as personalization, character creation, loot, and leveling up, into the fighting game genre, which led to the development of the Gear System.