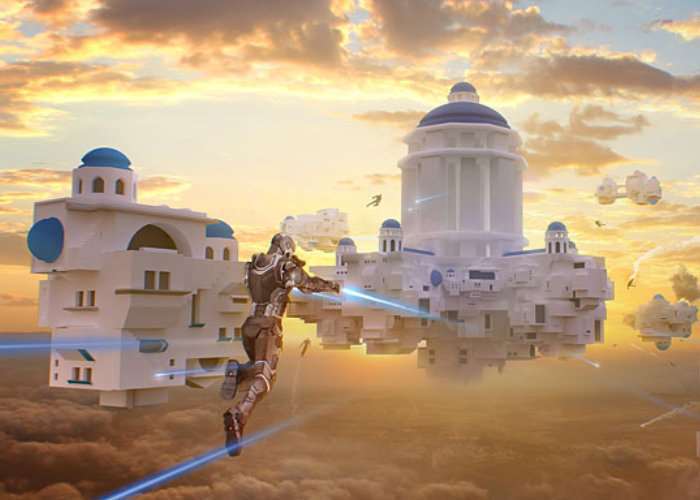 The development team at Levity Play, this week announced their new virtual reality shooter Skyfront VR, will be available to play on Steam Early Access from November 10th, 2017 onwards.

Skyfront VR will be available to play on both the HTC Vive and the Oculus Rift and sets itself apart from other VR shooters thanks to its locomotion style gameplay which has been created to offer a fast-paced, nausea-free experience say the development team.

Check out the announcement trailer below for Skyfront VR to learn more about what you can expect from the new shooter that takes you to the skies.

Skyfront VR is a multiplayer FPS where the best warriors team up in zero-gravity battle arenas to determine the Ultimate Champion. 2300 AD. Our planet was embroiled in the battle to end all battles – The Final War. Cities disappeared, nations perished and our planet was scarred almost beyond recognition.

Four hundred years later, in AD 2700, the humankind is thriving again; the wars have been left behind, most of the planet has been rebuilt and technology has achieved ultimate synergy with nature and Laws of Physics. To preserve the memory of our violent past, a symbolic competition called the Skyfront Tournament was created. Contestants from around the world compete in zero gravity arenas for the title of Guardians – Keepers of the Peace. Do you have what it takes to become the Master Guardian?