Another interesting design concept has started it journey on Kickstarter looking to make the jump from concept to production in the form of a very innovative tablet and smartphone stand called the InfiniteLoop.

The InfiniteLoop stand has been designed by Designer and  Engineer Tim Gushue, who says he enjoys designing products that simply make sense. The InfiniteLoop stand is just that, a simple loop of plastic with a twin core of flexible metal and was born out of Gushue’s frustration of not being able to find an iPad stand that could accommodate all uses. Watch the video after the jump to see the new InfiniteLoop stand in action and the thought process behind it. 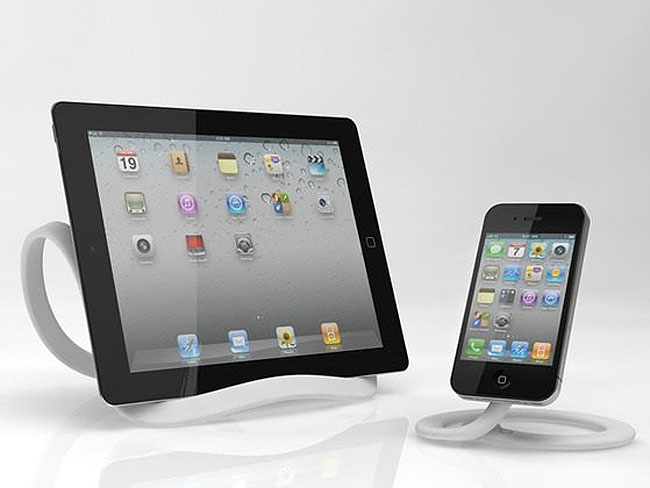 The  InfiniteLoop stand has been tested on the following; iPad 1 and 2, Blackberry Playbook, all Kindle models, Motorola zoom, all Samsung tablets and shows just how versatile the design is.

Gushue is hoping to start shipping his new InfiniteLoop stand in August 2011 and is currently looking for backers to get the project into the production stage. If you like the design and would like to help the designers by making a pledge jump over to the Kickstarter website.