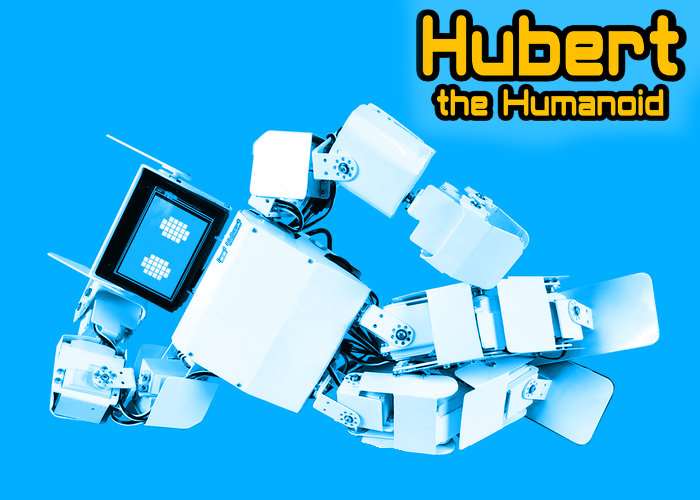 Watch the demonstration video below to learn more about Hubert and his features. Hubert is now available to back via Kickstarter with pledges starting from $799 and delivery expected to take place during May 2018.

Master cutting-edge robotics with a research-grade humanoid robot kit at 1/10 of the price. Learn ROS, machine-learning, and much more. After 5 years of designing, manufacturing, and shipping robots around the world, we have taken everything we have learned to create our newest robot – Hubert the Humanoid.

We previously launched the robots Hexy the Hexapod and Sparki on Kickstarter to teach beginner and intermediate robotics, successfully raising and shipping over $350,000 to 2500 backers. Now, they are taught at thousands of K-12 schools, and the world’s top universities and programs. Reason for owning Hubert :

• You’re interested in pursuing robotics, and want the most affordable, top-to-bottom college-level robotics class you’ll ever find – while getting to use your own humanoid robot. Hubert is cheaper than a single university robotics class, and you get to keep him at the end!
• You’re an educator, and want to prepare your students in the latest real-world STEM skills, with a real-world robot.
•  You’re into robotics and are a ‘software person’, but building a humanoid robot from scratch isn’t your thing (or is just too expensive).
•  You’ve always wanted a robot that could perform your wildest robotics fantasies – but wow is building one from scratch hard and expensive.
•  You’d like to compete in robotics competitions – RoboCup, Mech-Warfare, Humanoid Robot Racing.
•  You’re a robotics researcher, and don’t want to blow all your grant money on a single robot.
•  You need a robot to pass the butter.