It looks like HTC may be working on their own device to take on Apple’s iPod Touch, according to some patents which were discovered by Patentbolt, and can be seen in the photo below.

The device is described as a ‘handheld electronic device’, and it looks like HTC aren’t planning a new smartphone, instead the device is reported to be an iPod Touch competitor. 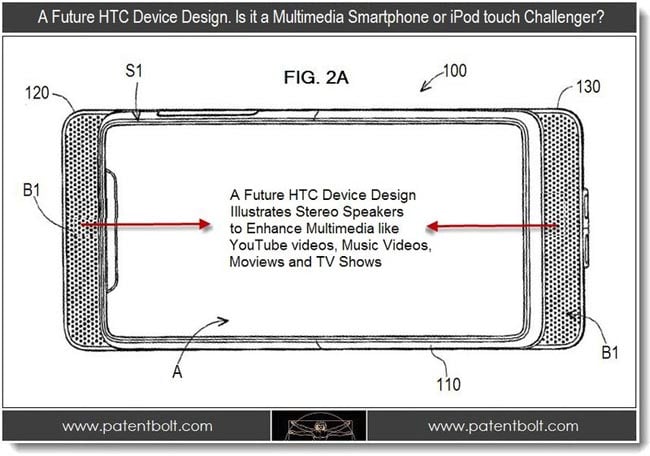 Considering HTC’s recent purchase of Beats Audio, which it has already started to integrated into its latest smartphones, we suspect the company is considering their own personal media player to rival Apple’s iPod Touch.