HTC has scheduled an event on March 25th in New York and London, where the Taiwanese OEM is expected to unveil the all new HTC One.

Just like all other OEMs out there, HTC will provide a live stream of its event for those who are unable to attend the event in person. 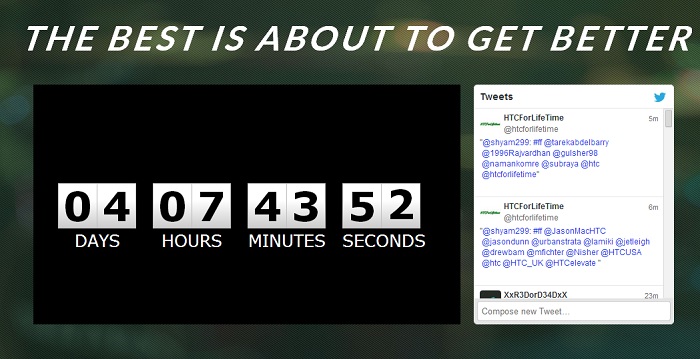 The event is just four days away, where HTC will release the improved and better version of their last year’s flagship device. For those of you who are unaware, the all new HTC One has been leaked extensively in the past few weeks. The handset is expected to look strikingly similar to the HTC One, and we’ve seen several leaked images and videos to go along with it.

As far as the specifications are concerned, all new HTC One is expected to feature a 5-inch display with 1080p resolution, Snapdragon 801 chipset, 2/3GB of RAM, 16GB storage with a microSD card slot, 2,600 mAh battery, dual-cameras with UltraPixel, 5MP front-facing camera and should come with Android 4.4.2 KitKat with Sense 6.0 UI as its operating system.

Make sure you bookmark the HTC link given below if you want to catch the event live and see all the action as it happens. We’ll also update you with all the latest happenings from the HTC event.