We have already seen the new HTC One X and the HTC One S, and now we have another Android device from HTC, the HTC One V which will come with Android 4.0 Ice Cream Sandwich.

The HTC One V is designed to be more budget friendly that the other two new devices from HTC and it comes with a 3.7 inch  WVGA display with a resolution of 480 x 800 pixels, and processing is provided by a single core 1GHz processor. 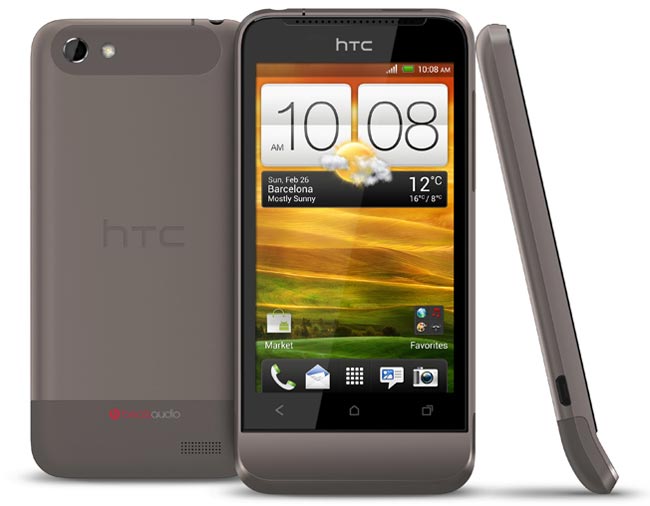 Other specifications on the HTC One V include a 5 megapixel camera with a BSI sensor, auto-focus and an LED flash which can record HD video in 720p, the device also comes with Beats Audio and HTC’s Media Link for streaming of HD content.

The HTC One V will also come with a microSD card slot which can take up to 32GB cards plus 4GB of built in storage and it also features 25GB of free Dropbox storage.

The HTC one V will be available in the UK in April, and one mobile retailer, Unlocked Mobiles has told us that they will have the handset available from the 23rd of April, SIM free for £254.98 including taxes.