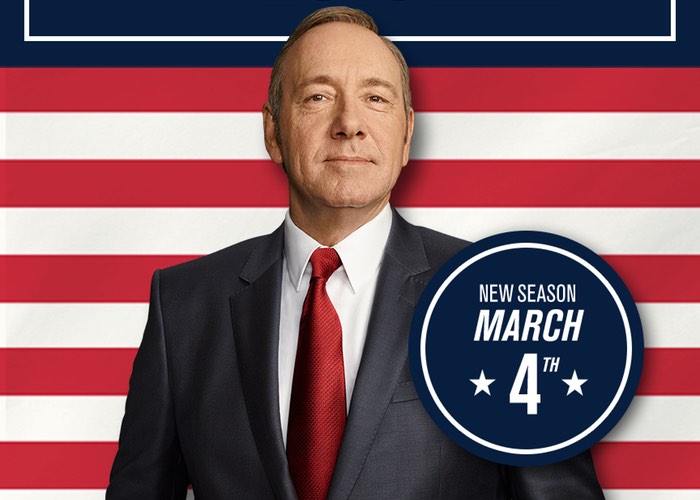 A release date for the new House of Cards Season 4 has now been announced by Netflix revealing that the new series will be aired on March 4th, 2016.

As well as announcing a release date for the next series, a new trailer has also been made available for your viewing pleasure providing a glimpse at what you can expect from the storyline of House of Cards Season 4.

On April 2, 2015, Netflix announced, via its Twitter account that it had renewed House of Cards for a fourth season of undisclosed length, to be released in early 2016. The tweet read: “I will leave a legacy. #Underwood2016”

As soon as more details are released about House of Cards Season 4 we will keep you updated as always.