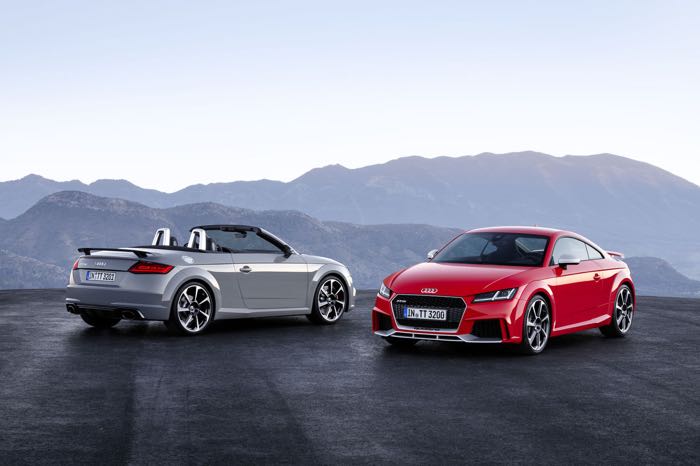 Yesterday Audi introduced their new Audi TT RS Coupe and Roadster and now the company has released a video of the two cars in action.

In the video below we get to see the new TT RS on the road, both models come with around 690 horsepower more than the model they are replacing.

The new Audi TT RS is powered by  a five cylinder engine that comes with 400 horsepower, Audi has not released an performance figures as yet, although we can expect them to be faster than the previous model.

The new TT RS Coupe and Roadster will go on sale later this year and pricing starts at €66,400 for the coupe and €69,200 for the Roadster.