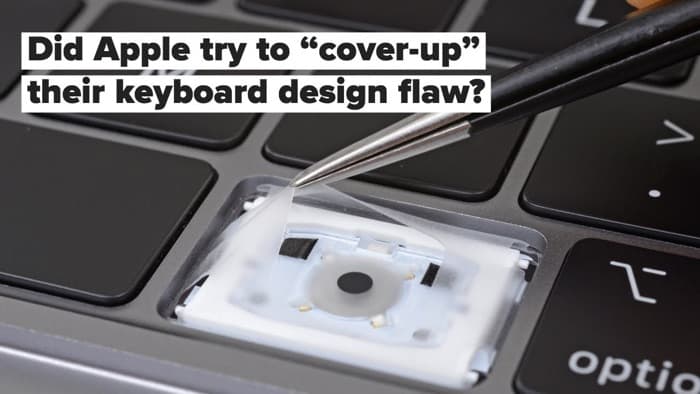 Apple has has problems with the keys on some of its MacBook Pro and MacBook keyboards, it looks like the new MacBook Pro, which was announced last week does not have this problem.

The problem starts when dust or debris gets under the key, this can stop the key from working, Apple has apparently now fixed this in their latest keyboard.

The guys from iFixit discovered a design change on the keyboard on the new MacBook Pro, this is something we mentioned earlier.  The butterfly switches on the keyboard now have a thin silicon cover, have a look at the video below.

According to iFixit the keyboard issue on previous devices could end up affecting millions of customers, if you have had this issue on your MacBook please leave a comment below and lest us know.