HD3 has now unveiled details of their new LCD HD3 Slyde watch collection, which has been under development for over two years. The Slyde is a high-end Swiss watch fitted with a digital LCD touch screen as a face, that might even become an OLED screen in the future.

When launched the new Slyde will have the ability for the user to connect it to the internet via a docking station and download new face graphics. HD3 is hoping to add a number of new faces on a yearly basis that will then be available to purchase from $50-$100 its thought. Watch the promo video after the jump. 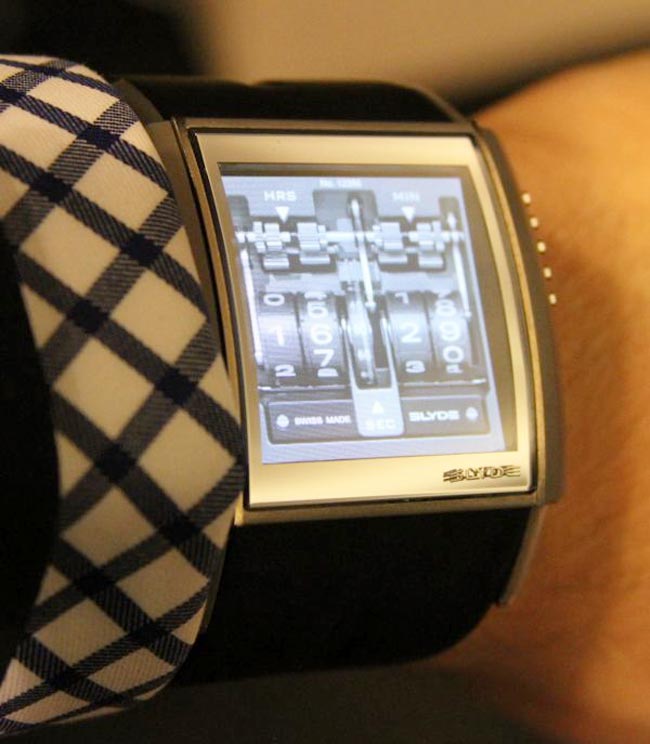 The Slyde watches are constructed from either titanium, black PVD or gold and various finishes, topped with a curved sapphire crystal. 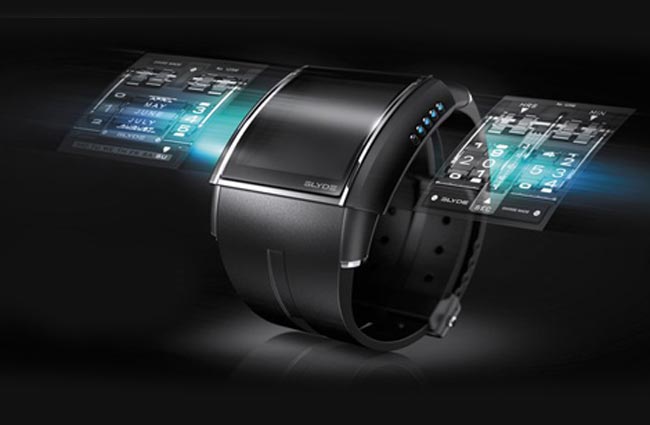 There are no buttons on the watch, just three battery indicator lights on the side and a light sensor to automatically adapt the brightness of the screen are water resistant to 30 meters.

The final production models of the HD3 Slyde LCD watch will be arriving in September 2011, no indication of its price has been made by HD3 at the moment.