You will be pleased to know that Google has now finally enabled incoming number porting on its Google Voice service, which now allows you to add your own number. The feature has been requested for some time by Google Voice users, but Google has always held back on releasing the feature, until now and has quietly rolled out the new feature for a one off fee of $20 (payable via Google Checkout) 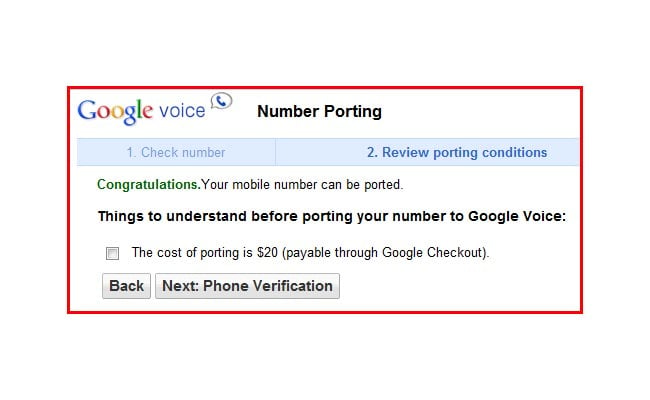 Previously with a Google Voice account users had to issue new number to friends and family and Google had included call forwarding to your mobile number, but frustratingly no number porting.

Now by clicking the “Change/Port” in the Settings of your Google Voice account you will then be prompted to enter your mobile number and Google will check to see if its eligible for porting to Google Voice.

But before you all jump ship remember there maybe charges from your current mobile provide in the form of early cancellation charges.