Sony will be offering their Sony NSZ-GS7 Google TV set top box here in the UK, the device was announced back in May and it will also go on sale in the US at the same time. 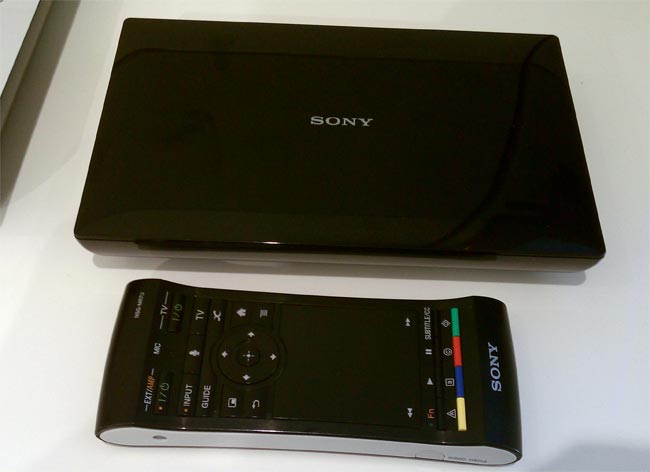 For example, in the U.K. you’ll be able to pop live TV into the background while you read up on The Guardian’s website with Chrome, catch up on the latest episode of EastEnders on the BBC iPlayer, view Lauren Luke’s latest make-up tips on YouTube, and choose from the hundreds of apps optimized for TV in Google Play. To get a better sense of the benefits of Google TV, check out this video.

You can find out more information about Google TV for the UK over at the Google TV Blog.