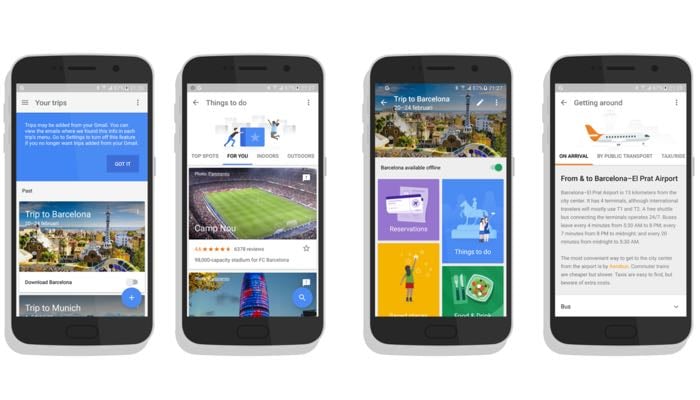 Google is working on a new app for travel, the app is called Google Trips and Android World have managed to obtain some photos and details on the app.

Google Trips is being tested out by members of the Google Maps Local Guides program and it will apparently be released soon.

This new travel app shows a list of your past an upcoming trips, these can be added automatically to the app by scanning your emails in Gmail, you can also add your own trips to the application.

Once a trip has been added there is a range of information related to a particular trip available, this includes details about public transport, taxis, rental cars for your trip as well as place to go an see including restaurants and much more.

There is also a Things to do section that show attractions and tourist destination on your trip, the feature is apparently similar to the one in Google Maps, although the new app provides much more information that Google Maps.

The app is  in beta testing on Google’s Android OS, Google may also be working on an iOS version of the app. As yet there are no details on exactly when Google Trips will be released, as soon as we get some more information, we will let you guys know.