Google has today made its Google Text-to-Speech Engine available from the Google Play Store for all those interested in enabling applications to read the text on your screen aloud.

The new Google Text-to-Speech Engine can be used to enable Google Play Books to “Read Aloud” your favourite book or can be set to enable Google Translate to speak translations aloud allowing you to hear the correct pronunciation of a word. 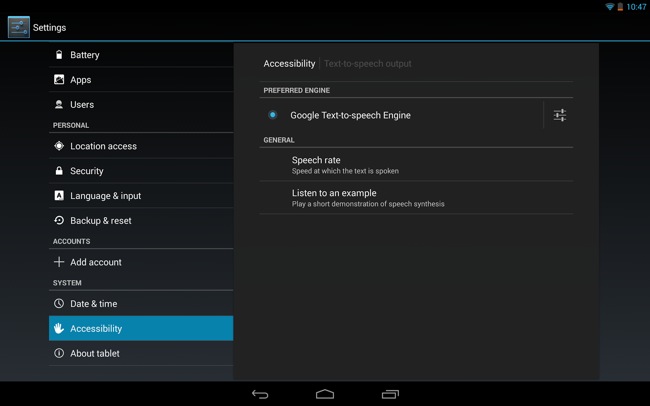 As well as application features the new Google Text-to-Speech Engine can also be used with TalkBack and accessibility applications for spoken feedback across your Android smartphone or tablet. 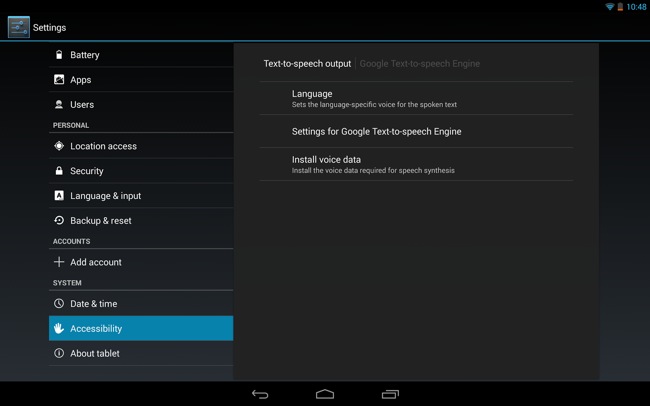 Over the past months Google has been rolling out similar updates to its ‘core’ apps and services via its Google Play Store enabling it to roll out individual updates rather than wait until a full Android OS release is ready. Previously Google’s Text-to-Speech Engine was combined with the Android OS but from today Google is now releasing updates via Google Play.