To celebrate the launch of the new Nintendo DSI, artist Sean Kenney created this giant Nintendo DSI and Stylus, entirely from Lego.

Sean spent over 200 hours making this giant Lego DSI, and used 51,324 pieces of Lego to make it, check out the video below which shows it being made. 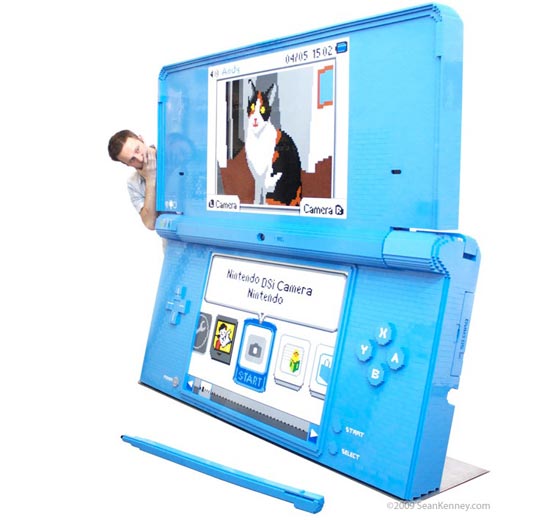 This amazing Lego sculpture is currently being displayed at the Nintendo World Store at the Rockefeller Center in New York.