Fuel3D has today unveiled the new and final design for their handheld 3D scanner which they launched over on the Kickstarter crowd funding website last year, raising over $325,000.

The Fuel3D is the world’s first handheld point-and-shoot, full colour 3D scanner that is priced under $1,000 and is capable of point-and-shoot 3D scanning in a similar way to a standard digital camera. For more information on the handheld 3D scanner check out the promotional Kickstarter video after the jump. 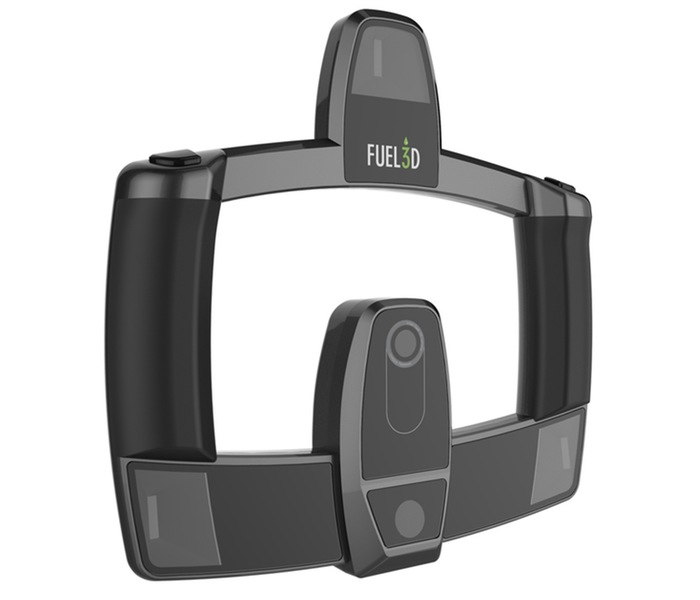 When designing their new casing for the 3D scanner Fuel3D carefully considered the balancing of the updated design and also the trigger button position for maximum stability during capture.

Fuel3D has tested a number of prototype frame builds before opting for the square design concept, which helps ensure stability as pictured above.

“The Fuel3D technology was originally developed at Oxford University for use in a 3D medical imaging system that has now been successfully used in hospitals across the world. Fuel3D Inc. has now been established to further develop this underlying 3D imaging technology into the world’s first truly affordable high resolution handheld colour 3D scanner.”