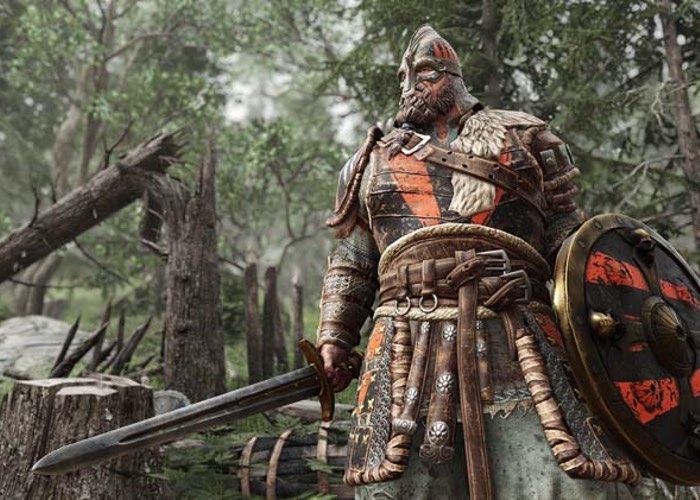 Ubisoft has this week released a new cinematic trailer for its upcoming game For Honor, which will be officially launching on February 14th, 2017 and offers gamers a hack and slash adventure set during the mediaeval period.

The For Honor story campaign trailer which is now available via YouTube and embedded below, was unveiled during this year’s E3 2016 games conference last week and provides a good look at what you can expect from the storyline and back story for the game.

When it officially launches early next year For Honor will be available to play on PC, Xbox One and PlayStation 4. The game features a hand-to-hand combat system described as “The Art of Battle” by the games developers Ubisoft Montreal, and allows gamers to play as historical soldiers such as medieval knights, samurai, and Vikings.

Playable in solo and two-player co-op, online and split-screen, For Honor’s full-fledged story campaign is a tale of warriors in which players will live from the inside a crucial moment in the war amongst knights, Vikings and samurai. The multiplayer modes are designed to feature a structure similar to that of shooters, the creative director of the game called For Honor a “shooter with swords”.

As more details are announced by Ubisoft before its official launch we will keep you up-to-date as always.