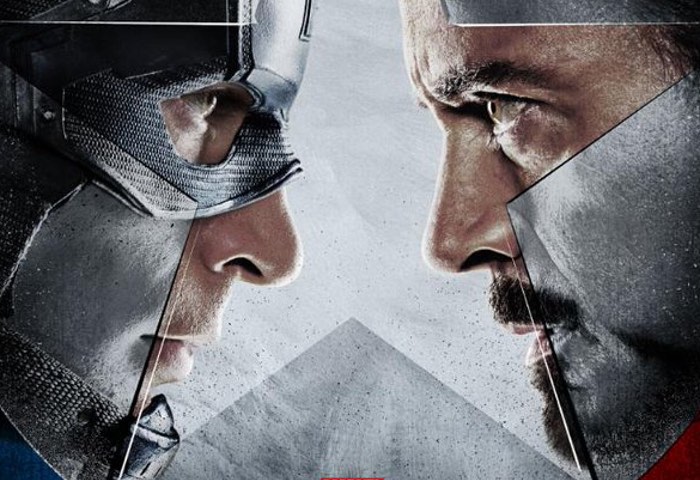 The first trailer for the upcoming new Marvel movie Captain America Civil War has been released this week providing a glimpse of what you can expect from the new movie that stars Chris Evans as Captain America and Robert Downey Jr. as Iron Man.

The new trailer was shown during the Jimmy Kimmel Live show last night and was the worldwide exclusive trailer debut for Marvel’s Captain America Civil War.

“You had a little bit of doubt coming into the Marvel universe,” Downey, Jr. told his co-star on the late-night show. “He’s not a guy who likes to be held down ladies.” Captain America Civil War will be lancing into theatres throughout the US on May 6th 2016  in 3D and IMAX 3D.

In Captain America: Civil War, Captain America and the Avengers continue to protect the world, but the team becomes divided after extensive collateral damage prompts politicians to pass an act regulating superhuman activity. After the events of Avengers: Age of Ultron, another international incident involving Captain America and the Avengers results in collateral damage, prompting politicians to form a system of accountability and a governing body to determine when to call in the Avengers, which results in the fracturing of the team while they attempt to protect the world from a new enemy.