Yesterday we heard that the Pirate Bay intends to develop low orbit drones to host parts of their website, well it turns out that someone has already developed some file sharing drones.

Liam Young, who is the co-founder of Tomorrow’s Thoughts Today, was amazed at the Pirate Bays announcement, because he has been working on building the technology. 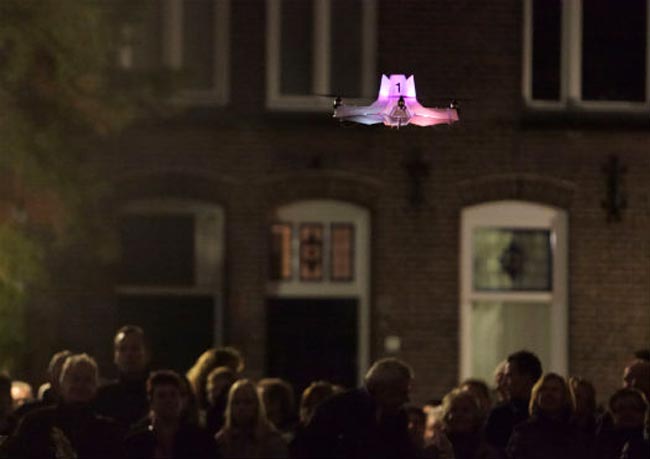 Part nomadic infrastructure and part robotic swarm, we have rebuilt and programmed the drones to broadcast their own local Wi-Fi network as a form of aerial Napster. They swarm into formation, broadcasting their pirate network, and then disperse, escaping detection, only to reform elsewhere,” says the group describing their creation.

The system works by allowing people to share data with the help of flying drones, and each one of the drones costs around 1500 to build.

It certainly sounds very interesting, and we wonder if the Pirate Bay will end up using the technology that already exists instead of developing their own.