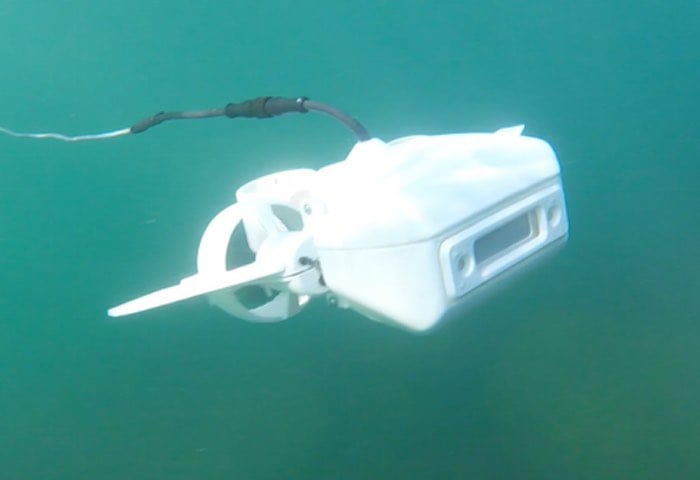 Fathom have this week launched a new modular HD underwater drone via Kickstarter, aptly named the Fathom One, with the aim of raising $150,000 over the next 30 days.

The easy-to-use modular and highly portable underwater drone has been created to be exceptionally affordable, says development team and is available to back with early bird pledges starting from just $399. 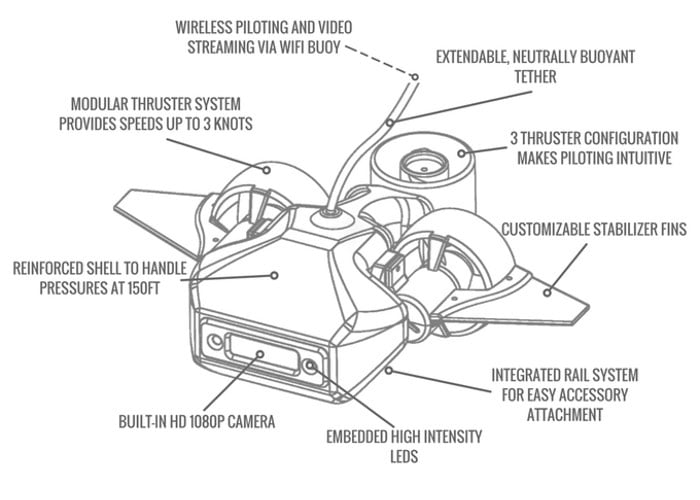 The Fathom One is capable of diving to a depth of 100 feet and has a speed of 3 knots and come supplied with 100 foot tether.

At Fathom, we’re a group of outdoor enthusiasts, scuba divers, filmmakers, and tech nerds who are passionate about underwater exploration. To share that passion with others, we developed the Fathom One—an HD underwater drone that’s easy to use, highly portable, and fully modular, all for under $600. That’s less than half the price of its closest competition.

Ease of use is something we obsess over at Fathom. You can build the most capable product in the world, but unless everyone can easily pick it up and use it, it’s not worth much in our eyes. That’s why we promise you’ll be able to become a pro at piloting the Fathom One the first time you take it out.

It’s simple, but it’s also versatile. At the heart of the Fathom One lies its modular thruster attachment system. All three of the Fathom One’s thrusters (two on the sides + one on the rear) clip on and off, allowing you to easily customize, upgrade, or pack your device. This also means you don’t have to limit yourself to the thrusters we provide. If you want to develop custom thrust modules, go ahead and design them for a completely unique experience. We plan to roll out an entire line of thrusters and accessories, but we know the real innovation happens when you, the explorer, build your own.

For more information on the new Fathom One HD underwater drone jump over to the Kickstarter website for details by following the link below.