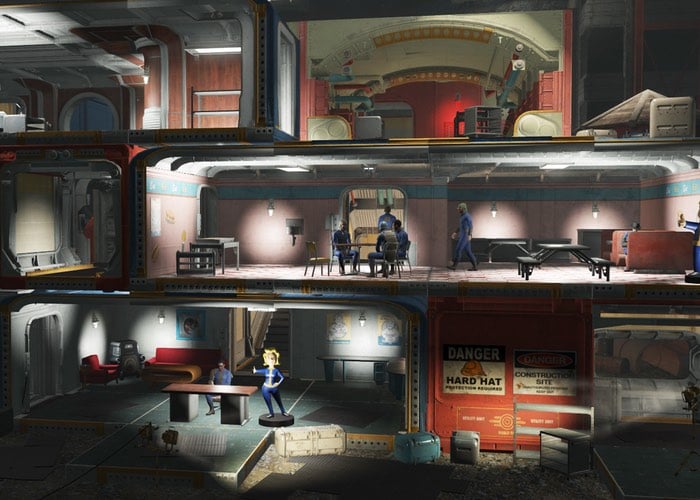 Fallout 4 gamers may be interested to know that tomorrow Bethesda will be previewing the next Fallout 4 DLC in the form of the Vault-Tec Workshop via Twitch, allowing you to see what you can expect from the next DLC in the series.

Bethesda will be streaming a gameplay demo of the Vault-Tec Workshop DLC via their Twitch channel on Tuesday, July 12th. Although at the current time Bethesda hasn’t announced a scheduled time for the streaming to start, but as soon as we hear anything we will keep you up-to-date as always.

Build a brighter future underground with the all-new Vault-Tec Workshop. Create a massive Vault and attract new Dwellers using pre-war industrial kits complete with retro-nostalgic furniture, lighting, and art. And like every good Overseer, run Vault-Tec approved experiments on your Dwellers to learn what makes an ideal citizen. Vault-Tec has given you the tools, the rest is up to you!

For more information on the Bethesda Fallout 4 DLC jump over to the official Twitch page via the link below. Bethesda is expected to announce times of the streaming content via this page as well. **This content requires the base game Fallout 4 in order to play.