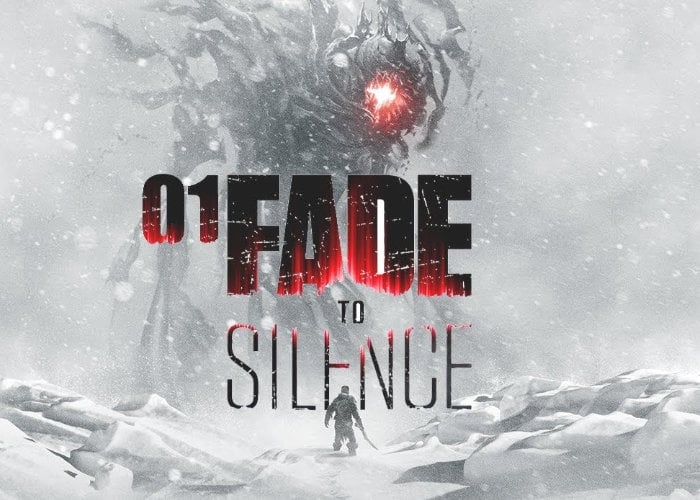 Black Forest Games will be launching their Fade to Silence game on PlayStation this week offering a single-player and co-op survival adventure set in a post-apocalyptic world that is frozen in an eternal winter. Originally launched via Steam for Windows PCs in 2017 you take the role of Ash, a natural but tormented leader. Fade to Silence will be arriving on PS4 later this week from April 30th 2019 onwards.

“In that role you explore a post-apocalyptic, frozen wasteland to gather the resources necessary to establish a refuge for survival. Snow and ice have shaped a merciless landscape. Nature is corrupted. Monstrous creatures out of an Eldritch horror dream roam the frozen wasteland.”

Features of Fade to Silence include :

– Tense atmosphere and unforgiving gameplay. This is a strategist’s game.
– An exploration mode lets you roam the world and experience the story at your own pace.
– Explore a vast winter landscape: The launch version lets you explore a river delta, a dense forest region and cultivated farmland of an 8km² area.
– Wolf Sled Expeditions: Pack your sled, take a follower with you and engage in long-term expeditions into the farthest regions.
– Recruit followers to get access to better gear, enabling you to survive the cold environment and increasingly dangerous creatures.
– Lead your followers and keep them alive. You will face harsh moral choices.
– Battle increasingly dangerous Eldritch creatures that roam an apocalyptic world.
– 2 player co-op gameplay (once the host player has recruited the first follower)
– Trust your inner voice. It is your friend.

“Fade to Silence introduces the many dynamics of a harsh winter climate to a complex, character-driven, group survival experience. The dynamic weather system adds to the immersion of survival in a cold, corrupted world. Survival depends on how well you read weather patterns, and if you come to the right conclusion: either to look for shelter or to press home. The dynamic snow displacement leaves a realistic path by both player character and NPC. This telltale sign will tell you regions where it is good to hunt and regions where monsters are roaming. “