9to5Mac website has been testing the data usage of the Apple FaceTime feature over 3G by putting two iPhones to the test. Running one FaceTime over 3G, and taking before and after screen shots of the data usage. 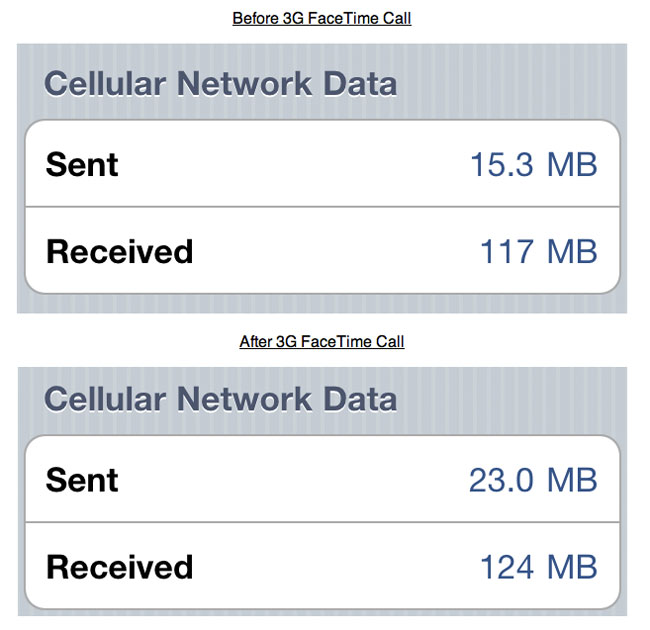 A 5-minute call resulted in 14.7MB of data transfers, including both uploading and downloading over 3G. Which then converts to a usage of about 3MB per minute while running FaceTime.

If you are looking to use FaceTime over 3G you will need to jailbreak your iPhone before hand. Or an alternative application you could use is Fring that uses about 1MB per minute over 3G according to reports.

Via Engadget Via 9to5Mac