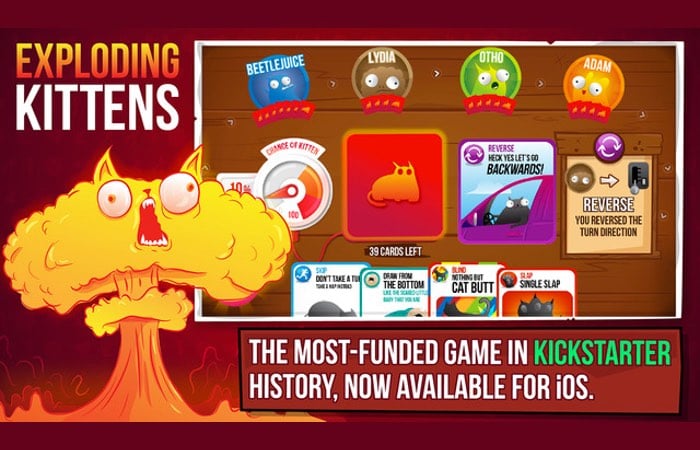 If you have been enjoying playing the awesome Exploding Kittens card game which launched over on Kickstarter and raised a massive $8.7 million in funding thanks to over 219,000 backers, you may be interested to know that its creators have now released an Exploding Kittens iOS application.

To celebrate the launch of the Exploding Kittens iOS app its publishers are currently allowing you to bag all the in-app purchases for free, and allows 2 to 5 players to engage in the fun across multiple devices in the same room.

The Exploding Kittens iOS app is now available to purchase priced at $1.99 and features include :

– Exploding Kittens is a local multiplayer card game for people who are into kittens and explosions and laser beams and sometimes goats.

– All art illustrated by The Oatmeal

– The digital version of the most backed game in Kickstarter history 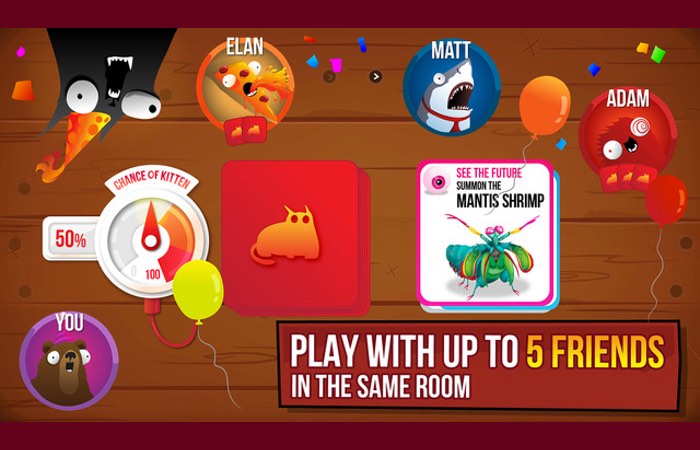 In this highly-strategic, kitty-powered version of Russian Roulette, players draw cards until someone draws an Exploding Kitten, at which point they explode, they are dead, and they are out of t​he game — unless that player has a Defuse card, which can defuse the Kitten using things like laser pointers, belly rubs, and catnip sandwiches. All of the other cards in the deck are used to move, mitigate, or avoid the Exploding Kittens.