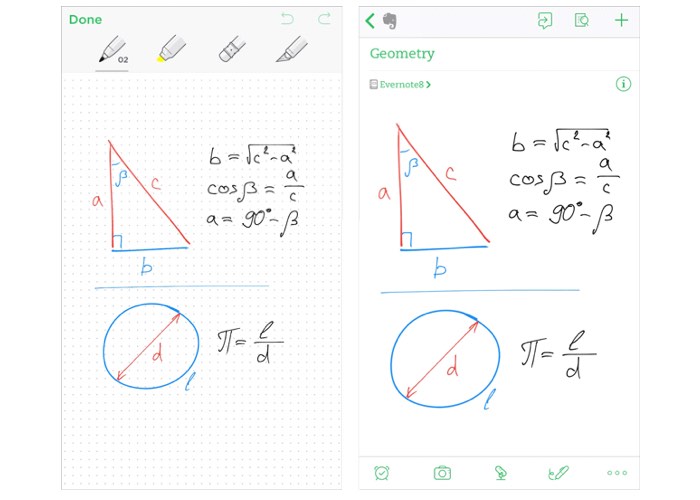 Today Evernote has rolled out a new update to its iOS iPad and iPhone applications bringing with it support for the new split screen mode that was added by Apple in the latest iOS 9 mobile operating system update, which was released a few months back for the latest Apple hardware.

Another new feature which you may find handy but has been added by Evernote is a new sketch feature which allows you to clearly right direct into an Evernote note using your finger or stylus.

The Evernote sketch feature is very basic and doesn’t allow for zooming at the current time. But does support Apple’s new 3D touch feature allowing you to change the line weight by simply adjusting your writing pressure. Evernote explains a little more about the new sketch feature :

After updating to the latest version, you’ll see a new pen icon when in a note. Tap it to transform the note area into a canvas. A bar along the top shows your available tools: a pen, highlighter, eraser, and selection tool. Tap twice on the pen or highlighter to choose among five line thicknesses and ten color options.

As with most things Evernote, the sketches sync across platforms and continue to be editable. Create a sketch on your iPad then edit it on your iPhone. You can even sync to an Android device and edit your sketch from there, and vice versa. Plus, our handwriting recognition means that you can search and find text inside your scribbles.

For more information on the new features rolled out in the latest Evernote iOS application jump over to the official Evernote blog via the link below.