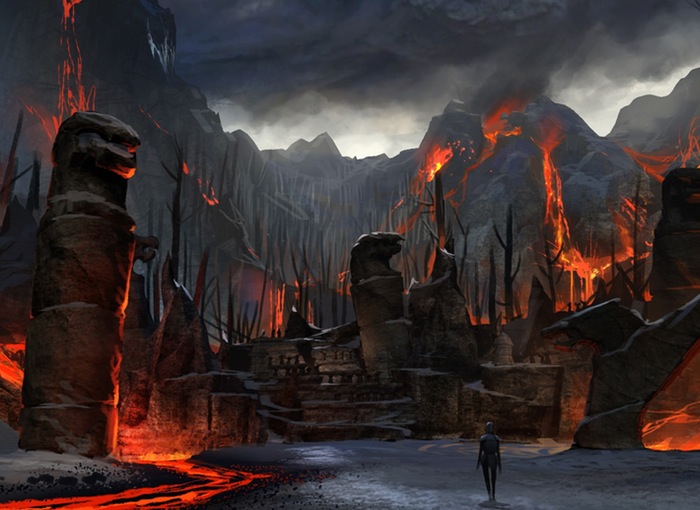 Elder Scrolls Online players patiently waiting for the highly anticipated release of the new Dragonstar Arena, will be pleased to know that ZeniMax Online has today released updates number four to their online MMO game making the Dragonstar Arena available to enter.

The Elder Scrolls Online Dragonstar Arena is a group-based dungeon located in Upper Craglorn and is similar to the Trials in Craglorn, but has been created for teams of four rather than twelve. Check out the trailer for the latest Elder Scrolls Online update after the jump for a look.

Once you have entered the The Dragonstar Arena players will battle numerous waves of enemies across ten arena environments, and is available as both Normal and in Veteran mode. With progress displayed on a persistent leaderboard system.

“The call of the arena has beguiled countless heroes—some simply cannot resist the thrill of a bloody struggle for survival, the deafening roar of adoring fans, and the chance to triumph over unlikely odds. Do you have the steel to emerge victorious in the Dragonstar Arena?  When Update 4 launches, you’ll be able to find out what your character is really made of. This new challenge differs from other content you’ve seen in ESO so far, and we want to give you a look at what you can expect and how it came to be.

Put your skills to the test in the Dragonstar Arena, coming in Update 4! Gather your allies and try to survive brutal waves of enemies in ten unique arenas, each with its own challenges. Powerful rewards await those who can prove their worth.”

For more information on the new Dragonstar Arena jump over to the official Elder Scrolls Online website for details.