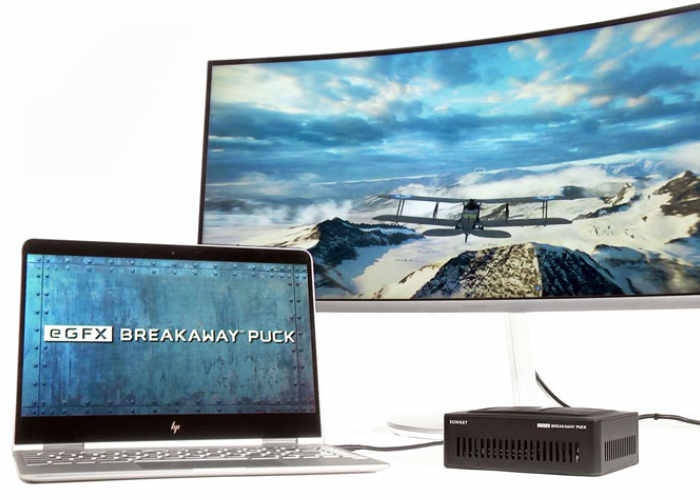 When GPU acceleration is needed on the road, users can conveniently pack an eGFX Breakaway Puck along with a notebook in a backpack or computer bag. The Puck connects to a computer with a single Thunderbolt 3 cable and, for added convenience, also provides 45W of Power Delivery to power and charge the computer, enabling many users to leave their computer’s power brick behind. On the desktop, the Puck has a minimal footprint. With an optional VESA mounting bracket kit, the Puck can be attached to the back of a display or the arm of a multimonitor stand, leaving a zero footprint on the desktop. The kit also includes a 0.5-meter DisplayPort cable to help reduce cable clutter. 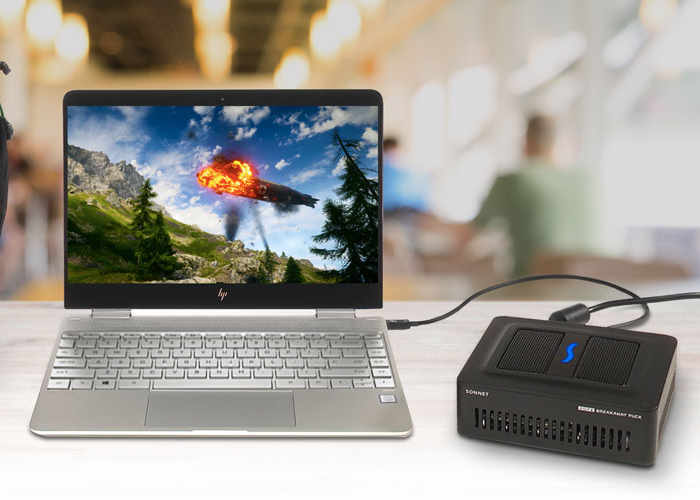