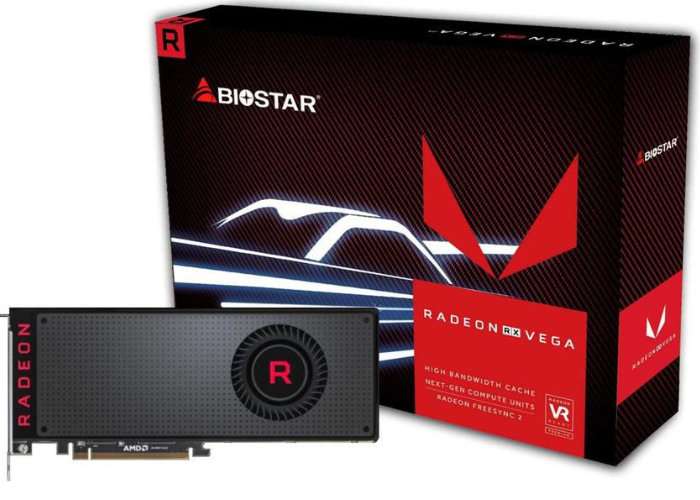 Biostar has today confirmed the availability of their new Radeon RX Vega 64 graphics card which is now priced at $649 and offers one of AMD’s most powerful graphic cards currently available featuring 8GB HBM2 RAM and offering 2048-bit memory interface and 4096 stream processors. Together with support for the latest DirectX 12 and Vulkan games and some of the highest hash rates in crypto mining, thanks to its powerful yet power efficient usage.

Biostar has also announced the availability of the Biostar Racing Z370GT6 motherboard priced at $140 and supports the 8th generation Intel Core processors Andes the company’s third generation Racing motherboard featuring a unique golden theme ‘tattoo’ design, and a revamped user friendly BIOS and driver utility. Providing an easy way to control the cooling of A.I. FAN, full control of RGB lighting with the Advanced VIVID LED DJ and GT Touch to enable the ECO and Sport modes, says Biostar. For full details jump over to the official Biostar website by following the link below.

Specifications of the VAVAT5VM88 Radeon RX Vega64 include:

Specifications of the Z370GT6 Ver. 5.x motherboard include :