The creators and developers of the popular Dijit universal remote application, which is currently available for the iPhone and iPod and Android devices. Have this week announced they are now working on an iPad version, that will arrive in the Apple iTunes Store very shortly.

The new Digit for iPad application has been designed to provide a more user friendly interface using the full screen size of the iPad. With controls positioned to provide easy access using thumbs while holding your iPad with two hands. 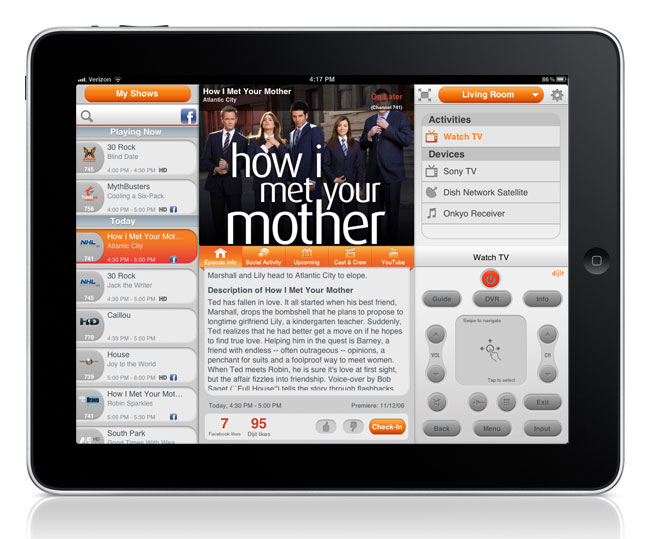 Jeremy Toeman, Dijit’s Chief Product Officer explains: “We’ve tried to think through all the nuance of what a full, 10″ entertainment console sitting on a user’s coffee table should look like,”

However to be able to control your home entertainment system you will need to use a the Griffin Beacon to relay commands, due to the iPads lack of any IR communication. The new Dijit iPad iOS app is expected to arrive in the Apple iTunes Store within the next couple of weeks.