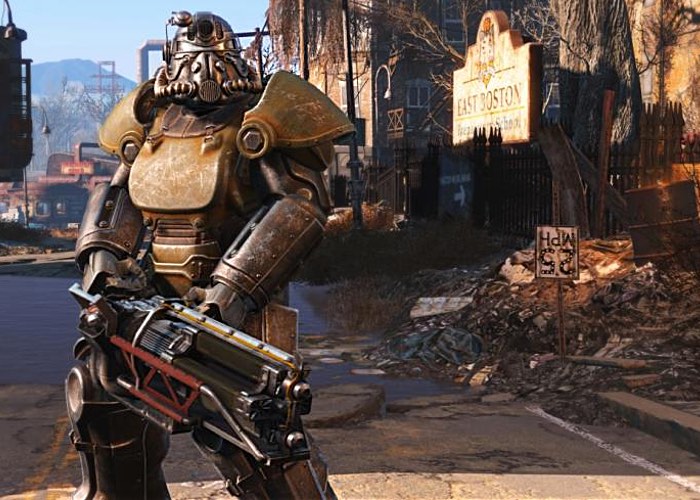 Details of the new Fallout 4 Survival Mode have been leaked via Reddit today and reveal the new Survival Mode will disable “manual saving and quicksaving” together with fast travel and enemies will no longer appear on the player’s compass. Making exploration the little more tricky than in previous modes

With the news of the details being leaked on Reddit Bethesda published a tweet which read. “Our fans are too smart. Early look at #Fallout4 Survival Mode on @reddit. We’re still messing w/ it. More to come!”

Weighted Ammo :Bullets and shells now all have a small amount of weight, which varies by caliber. Heavier items such as fusion cores, rockets, and mini-nukes can really drag you down.

Compass : Be sure to keep your eyes peeled, as enemies will no longer appear on your compass. As well, the distance at which locations of interest will appear has been significantly shortened.

Wellness : You’ll find it difficult to survive without taking proper care of yourself. You must stay hydrated, fed, and rested to remain combat-ready. Going for extended periods of time without food, water, or sleep will begin to adversely affect your health, hurting your SPECIAL stats, adding to your Fatigue (see “Fatigue” below), lowering your immunity (see “Sickness” below), and eventually even dealing physical damage to you.

Fatigue : Fatigue works like radiation but affects your Action Points (AP) rather than your Hit Points (HP). The more Fatigue you’ve built up, the less AP you’ll have for other actions. The amount of Fatigue you’ve accumulated is displayed in red on your AP bar.

Sickness : A comprised immune system and a few questionable decisions can end up getting you killed. Eating uncooked meat, drinking unpurified water, taking damage from disease-ridden sources, such as ghouls and bugs, or using harmful Chems all put your body at increased risk for various ill effects. When you are afflicted with an illness, a message will appear onscreen. You can view specifics about your current illnesses by navigating to the Status section on your Pip-Boy’s Data tab and pressing [RShoulder] to view your active effects.

Antibiotics : Antibiotics, which can be crafted at Chem Stations or purchased from doctors, heal the various effects of sickness.